Title and Re-Title: How Dreamwork Can Be Like EMDR 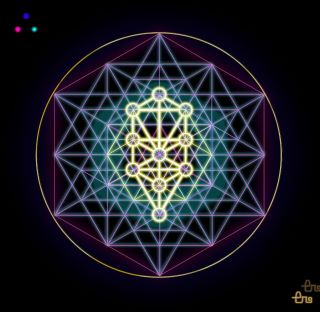 Von Franz reminds us that when Jung spoke of the transforming nature of dream work he said, “It is not understanding the dream that brings about transformation, but the intensity with which we engage the images.”

I had a Eureka moment a few weeks ago.  We’ve long known that working on our dreams can be therapeutic; we can get insights into our world and ourselves when we grapple with the images that we channel at night.  What I recently discovered, however, is that the process of engaging with the dreams can actually be similar to the type of reprocessing work that is done in the body/mind modality of EMDR.   EMDR stands for “Eye Movement Desensitization and Reprocessing; a body/ mind therapy that helps people reprocess upsetting and traumatic events.  What follows is how this works with dreams.  I call the dream process “Title and Re-Title”- you will see why.

One of the best ways to capture what Ernest Hartman calls the Central Image (C.I.) of the dream is to give it a title.  The C.I. usually contains the core of the dream: the center of the dream’s energy or power, or the main theme is held here.  I advise dreamers to let the title emerge spontaneously, not to think about it too hard.  Just let the title rise up from your unconscious as you put your attention on the dream as a whole.  If the title surprises you; even better- that means you’ve tapped into something your deepest self knows, that is about to emerge into your consciousness as well.  The title usually reflects this Central Image.  Sometimes the place in the dream with the most energy is clear to us; sometimes less so.  We often start our dreamwork by asking for the title; it then serves as a signpost pointing the way to something that we want to be sure not to miss in the dream.

While working on dreams in my own dream circle a few weeks ago, one member titled her dream  “Things Are Unclear”.   After we worked on it for a while, my friend Marcia asked “So, would you give it a different the title it now?”   Sure enough- the title had changed from “Things Are Unclear” to “Diving”.  The feelings in and about the dream changed too- from “I feel foggy, this doesn’t feel so good and I don’t understand what it means”, to “Oh, now I have a new perspective; I can dive down into that water and discover what is there for me”

Suddenly I had a Eureka moment: “OMG-This is like EMDR!  The negative cognition in the first title got transformed to a positive cognition in the second title, and the negative charge is off the emotions.”  So- what does that mean, for those not familiar with EMDR? The standard EMDR protocol has people identify the problem they want to work on along with the concurrent negative belief or cognition they developed about themselves. They then identify the positive belief about themselves that they would rather have be true, in light of the problem they are grappling with, but usually isn’t yet.  The protocol continues with identifying the emotions, locating where in the body they are held, and what the level of distress is on a scale of 0-10.  This discussion begins the desensitization process; taking the edge off the material by discussing and sharing it.  Once this set-up is completed, a series of bilateral stimulation sets that activate the two sides of the brain are done: this adds the reprocessing part. The bilateral stimulation to the brain is usually done using eye movements, following some one’s hand or a light on a bar with the eyes from one side of the field of vision to the other (bilateral auditory tones or tapping can also be used as an alternative).

This accelerated form of therapy can often allow people to reprocess traumatic memories in a much shorter time than they otherwise would have needed to get the same insights, shifts in perspective, and relief from strong upsetting feelings.   It is important to state that only professionals who have received specialized training can responsibly practice EMDR. (For more information on EMDR, see www.EMDRIA.org, or Francine Shapiro, the founder of the method.)

The Re-processing Re-titling in the Dream

Back to the dreamwork.  We “reprocessed” her dream as we discussed it, offered ideas, and made suggestions, “aired it out” by using a number of different methods of dreamwork. (some I have already blogged about, like Gesault, associations, symbol meanings; others I will talk more about in  upcoming posts)   The energy of the dream shifted from a negative to a more positive stance.  In EMDR speak, she had reduced her distress level in the dream, and felt more strongly about the new positive  beliefs and options the dream work uncovered..  It is worth noting, I think, that REM sleep has been compared to EMDR in several scholarly articles, since both involve eye movements and unconscious processing. (if you are interested, you can read the research by Robert Stickgold in Nature Neuroscience, 2007 and in  Journal of EMDR Practice and Research, 2008).  Brain scans have shown that the same parts of the brain are used in both REM sleep and in EMDR.

I tried out this method of “Title and Re-Title” several more times in the dream circle I facilitate.  Here are some of the “titling” shifts that occurred after the dreamwork (by “dreamwork”, i mean that the “aha” moments occurred, the connections with life were made, and the plans to address the issue raised in the dream somehow in waking life  had been articulated).  Watch what happens to each dream after only about 15-30 minutes of work on it.

New title after dreamwork: “Picking Up the Pieces”

The original titles all contain the “Central Image” of dreams that were associated with distress for the dreamer, as obvious by the titles, while the new titles all reflect hope, opportunity, or some kind of growth.  It seems that something powerful is at work here.

Try out “Title and Re-title” with your dream buddy or dream circle or therapist!

3 Responses to Title and Re-Title: How Dreamwork Can Be Like EMDR 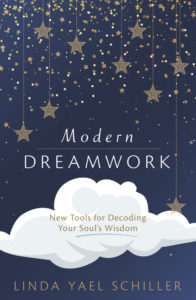